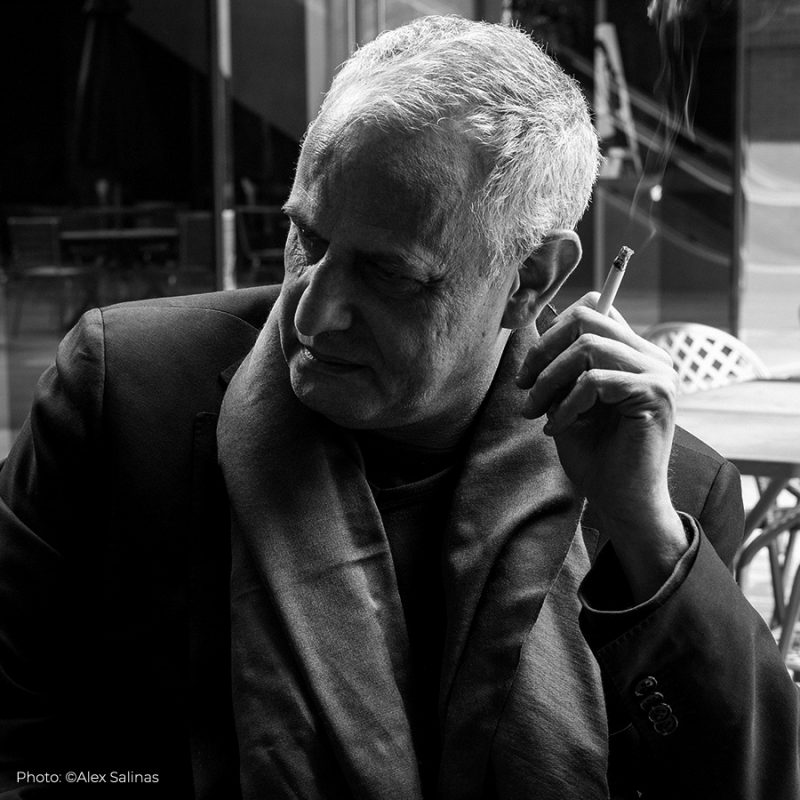 Tuymans is considered as one of the most influential painters of the international art scene. He has been dedicating himself to figurative painting since the mid 1980s and has contributed throughout his career to the rebirth of this medium in contemporary art. His works deal with questions connected to the past and to more recent history and address subjects of our daily lives through a set of images borrowed from the private and public spheres – the press, television, the Internet.

As a curator, Tuymans has developed an important number of exhibitions such as The State of Things: Brussels/Beijing traveled from the Centre for Fine Arts, Brussels, Belgium to Beijing. In 2010-2011 he was the guest curator for the inaugural Bruges Central art festival in Bruges, Belgium. In 2013, he curated an exhibition at the Albertinum in Dresden, titled Constable, Delacroix, Friedrich, Goya. A Shock to the Senses, and Sanguine: Luc Tuymans on Baroque (2018-19), at Fondazione Prada, Milan organized with M KHA (Museum of Contemporary Art of Antwerp) and KMSKA (Museum of Fine Arts of Antwerp) and the City of Antwerp.

Luc Tuymans will be interviewed by Miguel Von Have Pérez (Art critic, Curator)